A Total Eclipse of the Sun! 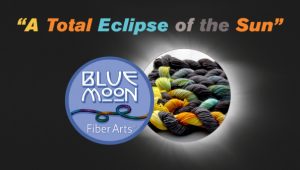 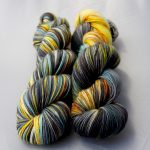 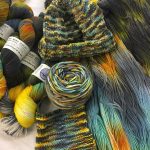 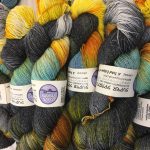 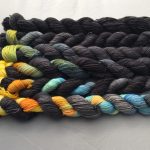 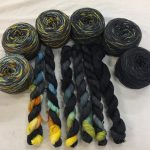 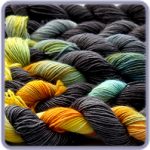 On August 21st, there is a Total Eclipse of the Sun which doesn’t happen very often and certainly hasn’t in this way, as the sun is rising over the Pacific. It is a good time to be an Oregonian!
Since the best place to see it is on the Oregon Coast, it’s pretty exciting! I wish I was going to be at the coast to see it.
Of course Blue Moon needs to document such a momentous occasion with a colorway. How could we not?!!
One part of the skein is sunny bright and blue and then we slowly getting darker and darker with less and less sunlight and more moon shadow ending with that very small ring of light.
I think this is my new favorite colorway!!
I love this description of what happens during the eclipse.

“No human action can disrupt the incessant dance of the cosmos, and the Moon’s shadow will not wait on you if you’re not ready. Like a mindless juggernaut, it plows its way through space toward a collision course with Earth. As predicted by the astronomers decades in advance, the shadow arrives with perfect accuracy, and touches down in the north Pacific Ocean at 16:48:33 UT*, at local sunrise. (At that spot, the Sun will actually rise while totally eclipsed. This is a sight few people – even veteran eclipse chasers – have seen, and from what we hear, it is quite uncanny.)

A minute later, the entire shadow (the “umbral cone”) will have made landfall – er, ocean-fall – and will be racing across the surface of the water at supersonic speed. Except for folks on ships at sea, and the occasional ocean-dwelling critter who dares to venture too near the surface, nothing sentient will note the passing of the umbra – until land gets in the way.”