Jodi and Tracie by Joji Locatelli 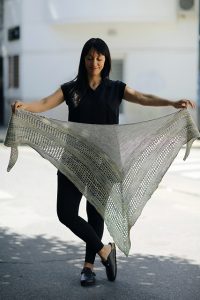 Joji designed a shawl for each of the  grocerygirls!

Tracie asked Joji to design one for Jodi and then Joji surprised Tracie with one of her own and in our yarn no less.

Well…one of the yarns is ours. Socks that Rock Lightweight in the colorway of my heart Heckley Speckley.

As I told Joji both shawls are quite lovely and I bought both patterns so I could knit them both. I am so touched and honored that our yarn is part of this knit~friendship~ lovefest!

Joji asked me to put a few pairings together so here they are! There are so many possible pairings so if none of these make your heart sing please let us know and we will help you find a pairing that will. info@bluemoonfiberarts.com

If you want the a pairing like the one Joji gave Tracie then Heckley Speckely and Everyday Grey are your duo! If you want a darker grey to go with Heckley Speckley then try Deep Unrelenting Grey.

We did not its these up in order to give you choices! So you can order them as singles in the Socks that Rock Lightweight base which is what Joji used.

As much as I love Heckley Speckley and I really do! I think I am going to need to give the Total Eclipse of the Sun and Deep Unrelenting Grey a try. I’m a bit obsessed with it. 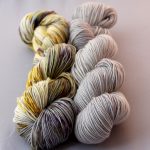 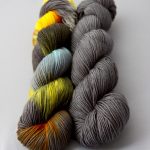 A Total Eclipse of the Sun & Deep Unrelenting Grey 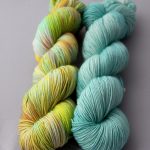 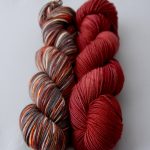 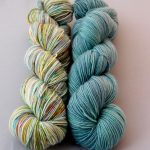 On a Lark & Big Brain Blue 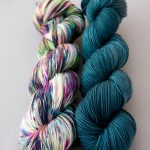 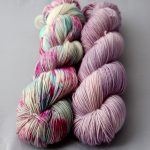 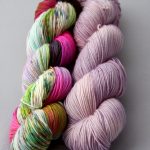 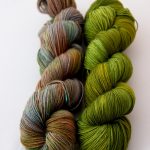 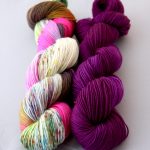 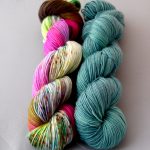 Don’t rain on my craft parade and Big Brain Blue 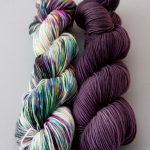 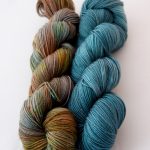 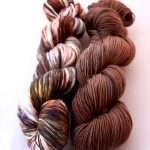 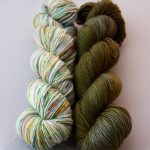 On a Lark & Spruced