Yeah I might be a little obsessed with all things lunar right now. Honestly it’s not a new thing for me. My first pet that I got to actually name all by myself I called Luna and basically my love affair with the moon has gone on from there.

So it just makes sense that starting a new year that is an pretty big anniversary year for us with a blue moon ~ that is a total lunar eclipse ~ a super moon and a blood moon would have me a bit inspired. We are calling it lunar madness in the barn!

Anyway I have been making so very many colorways which I will release through out the years as promised but this month is going to be heavy with them as I think it should with all of this lunar magic! 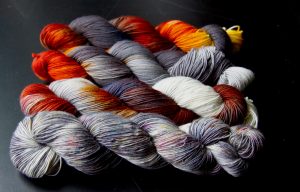 So here is what I’ve been working on. So far there are 4 of them. Starting at the bottom with the first one which is mostly shades of greys with light pops of speckles. That was is called Lunacy since full moons do tend to makes us all little free wheelin’ shall we say. Then we have the colorway I tried to fit all of the super blue blood eclipseness into. Of course it is called, Blue Super Eclipsed Blood Moon ( say that fast) . It was no small thing to get some of the phasing from dark to light and a little blue and then at dark blood moon color that happens with ths type of eclipse. I have seen one or two of these and they are stunningly impressive and…you do not need glasses to watch it.

Okay the third colorway in is called Total Lunar Eclipse and looks like the eclipse picture here. It’s very pretty and because of how the black and dark red and gold specks looked together I decided to go even darker  with yet a another colorway and made the Dark Side of the Blue Moon. I love them all but this one has so much in it that you are just not going to see until you knit it up. I am going to dye a it in Plushy and start knitting as soon as I can!!

We are planning a cast on party for January 31st. We have a pattern that Karen Alfke designed that will be out very soon. She has knit the prototype in Plushy in our Total Eclipse of the Sun colorway and it is stunning!! Some of our Lunar ones will do  display much the same!

Here is it blocking in at 6 feet long. I know…move over Lenny Kravitz here comes Karen Alfke and her Just a Phase of a scarf! 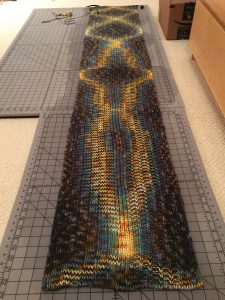 It’s super cool and who knows what this gem of a pattern will do with all of this colorful lunar madness of ours!!

This scarf took 2 skeins of Plushy. The pattern will also be graded for DK and Worsted weight yarns. I am totally using Plushy and might even be tempted to use 3 skeins and show Lenny what’s what! 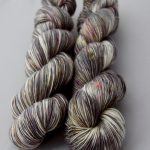 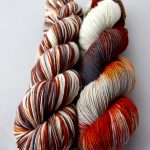 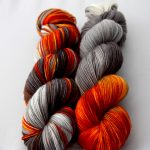 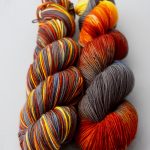 Dark Side of the Blue Moon

These colorways will be up at some point today. Saturday Jan 13th! Our techis is a little swamped with life right now!

I also have another color obsession I am working on! 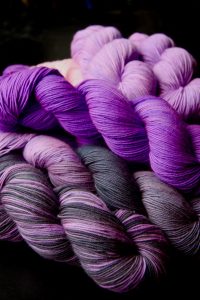 So stay tuned for some very violet inspired hues!!

I do hope you will join us in for our Lunar Madness Cast-On Party!

Be sure to read Karen’s Inspiration Monday for a year long KAL involving all 13 lunat colorway this year. 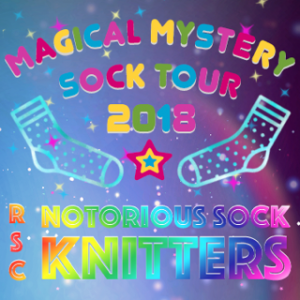 Have a great weekend dear knitters!!